March 4, 2020 – Canada’s Veterans and those who gave their lives in service deserve our greatest recognition and appreciation. Their grave sites—maintained in perpetuity by the Government of Canada—serve as a lasting symbol of remembrance for future generations.

Today, the Minister of Veterans Affairs, in town for the photo op, visited the Veterans Cemetery—commonly known as God’s Acre—in Esquimalt to highlight the recent expansion and upgrades made to the Veteran grave sites, cemetery grounds and surrounding area. The project is expected to be completed this spring. 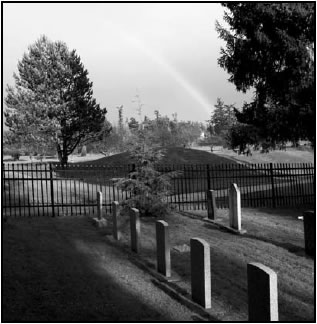 Over the last five years, Veterans Affairs Canada has invested close to $4 million to improve and expand Veterans Cemetery. The expansion and improvements allow for an additional 1,400 internment spaces—both in‑ground and columbariums.

In addition to the new interment spaces, a new building was built for the caretaker and their equipment, along with office space for department employees responsible for grave marker inspection and maintenance. The work also included upgrades to the roads and pathways, along with a new drainage system.

Veterans Affairs Canada owns and operates the Veterans Cemetery in Esquimalt, British Columbia. The cemetery—an honoured final resting place for more than 2,500 military personnel—was projected to reach its capacity by the end of 2016. In response, Veterans Affairs Canada acquired a parcel of land from the Gorge Vale Golf Course. The acquisition and expansion ensured that the cemetery would remain a burial option for Veterans and their families for years to come.