What could have been changed in the design of the frigate, which is now not much inferior in its capabilities to another destroyer? If we compare the normal destroyer “Arlie Burke” and the frigate “Type 26”, then the difference is very small. Displacement 6,900 tons standard / 9,100 tons full for the destroyer and 6,000 tons – standard / 8,000 tons – full for the frigate.

But perhaps the main thing is its armament. And here the Type 26 is very interesting, especially in comparison with the Arleigh Burke.

It can be stated that practically on one level.

Tactical, anti-aircraft and anti-submarine missile weapons are based on the Mark 41 UVP. 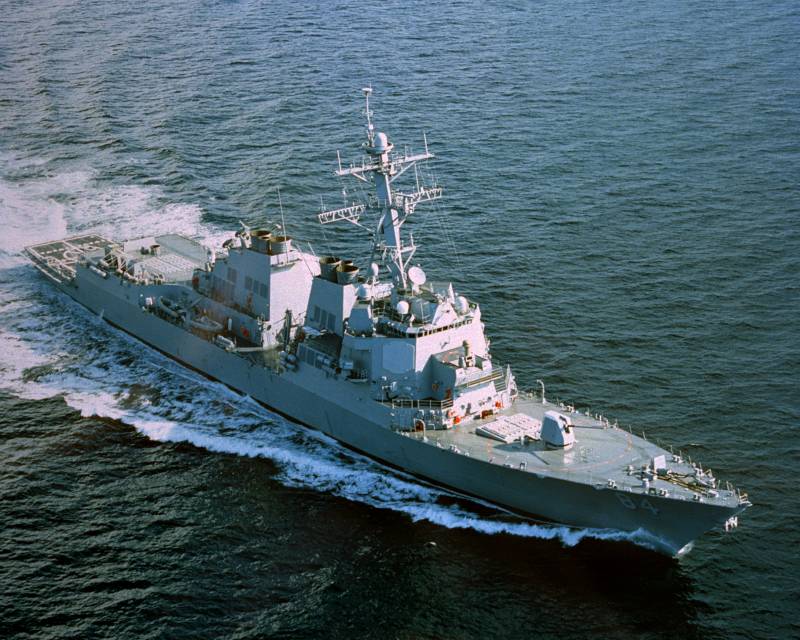 “Type 26” in the Canadian version will have one UVP, apparently for 32 cells. Not Arlie Burke, of course, but if you consider that in addition to the planned LRASM and anti-submarine RUM-139 VLA, the Mk 41 can (which, in fact, the gallant Canadians are counting on) load Tomahawks, and for launching the CAMM air defense system there is its own UVP on 48 cells, it is not so much a frigate and weaker than a destroyer.

Naval News confirmed at the beginning of November this year that such a set of weapons is being considered by the Canadian Navy.

It is the frigates based on the Type 26 that will have to replace 12 Halifax-class frigates, which now form the backbone of the Canadian Navy, along with the ships of the Kingston coastal zone.

Halifaxes are quite confident ships, but entered service in the early 90s of the last century. For permanently operated ships, this is the time to consider replacing. 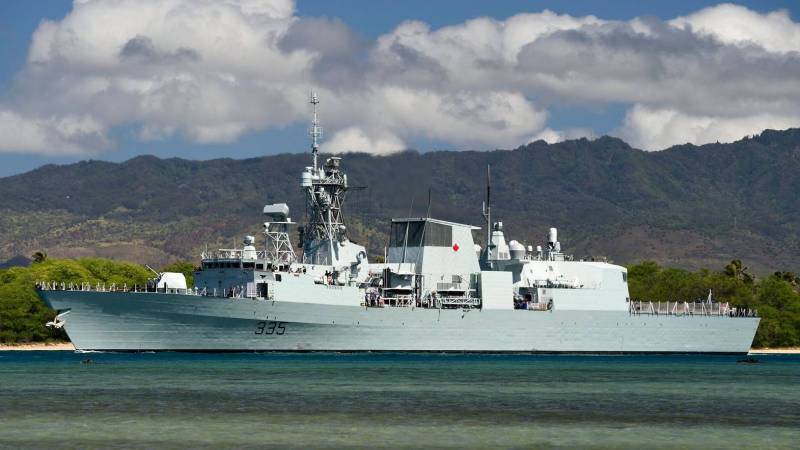 So the intention of the Canadian Navy to carry out an order for 15 ships instead of 12 Halifax is quite reasonable.

Lockheed Martin has confirmed that the Mk 41 UVP cells on these ships will be just the right length to accommodate Tomahawks. That is, the cells will be of “shock length”.

It should be noted that up to this point, Canada had no ships in service capable of carrying Tomahawks.

Of course, the Canadians can be counted on to acquire the Block V Tomahawk, an anti-ship version of this cruise missile. However, the information that leaked to the media suggests that it is a cruise missile that can work for any purpose.

Why do Canadians need it? – This is an interesting question.

The possession of ships capable of carrying cruise missiles, according to the Canadian military, can lead the country to completely different roles in the NATO bloc. Indeed, today, apart from the United States, only Great Britain and France have such capabilities for conducting strike operations with the help of their navies.

And again the question: “Why?”

So such a set is not about defense at all. Moreover, Canada is located in such a part of the world and with such a situation around its territory (ice is meant) that the only ones who could threaten it are the Russian icebreaker fleet and submarines.

Our submarines are, yes, they are serious. But “Ax” against “Borey” is, you see, funny. The Borei can be influenced by force, but not by means of cruise missiles.

So the desire of the Canadian Navy to acquire warships with cruise missiles is more of a political step. This desire is not so much to ensure the security of the country’s borders (which, frankly, no one is encroaching on), but rather to gain a more significant position in the Atlantic and (why not?) In the Arctic.

The answer is hidden in the cells of the UVP. The Canadians took everything very seriously and the set is more than decent: a mix of RIM-162 Evolved Sea Sparrow Missiles (ESSM) and Standard Missile 2 (SM-2) Block IIICs. 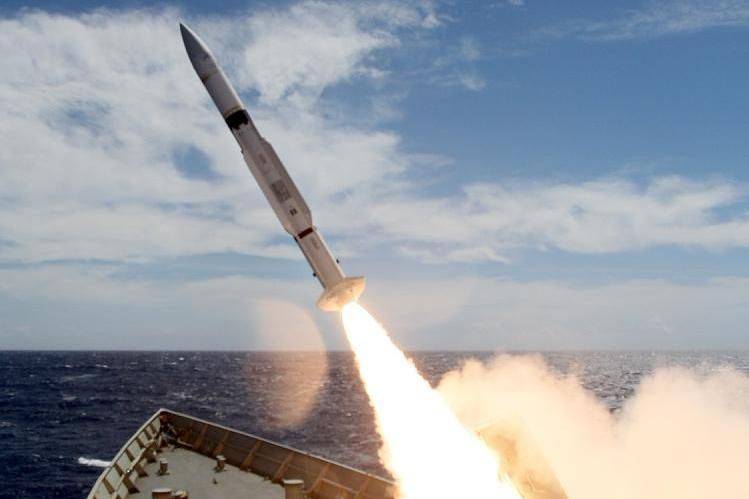 By the way, the USA does not sell SM-2 Block IIICs just like the M4 rifles. Such a deal requires special permission from the government of the country with a bunch of approvals in the US Congress. It is probably not too surprising that the government and Congress approved the sale of missiles for future frigates in Canada quite recently. But – they approved.

There is a nuance: one SM-2 missile can be placed in one cell of the Mk 41 UVP, but with the ESSM you can do a little differently. One cell accepts four ESSM missiles, which really increases the combat capabilities of the ship.

Plus the Sea Ceptor, which is a very good addition to the ESSM in building a dense air defense of the ship.

And as a result, in aggregate, the Canadians get a very decent combat ship in terms of combat capabilities. Moreover, if viewed by projecting onto colleagues, the Type 26 will be both larger and more powerful than the Franco-Italian multipurpose frigate Fregata Europea (FREMM) or the European multipurpose frigate, on the basis of which similar ships are going to be built (class frigates Constellation “) US Navy.

These American warships of the future, also called the FFG (X), will also be armed with ESSM, SM-2 Block IIIC and NSM, as well as the SeaRAM melee system, but the Tomahawks are not planned to be included in their armament list.

So the Canadian ship can become one of the most powerful ships in its class. Perhaps even comparable to the Russian project 22350 frigates armed with “Caliber”.

26 billion CAD for the role of the punisher

The appearance of another frigate of an attacking plan from a potential enemy (and Canada, which does not profess an independent policy, should be viewed this way) does not in itself bring anything good.

Canadian plans to create their own strike frigates (in the form in which they are now understood) will make them very similar in their capabilities to their progenitors, that is, the Type 26 of the British fleet, as well as the French FREMM variants known as the Aquitaine class “. 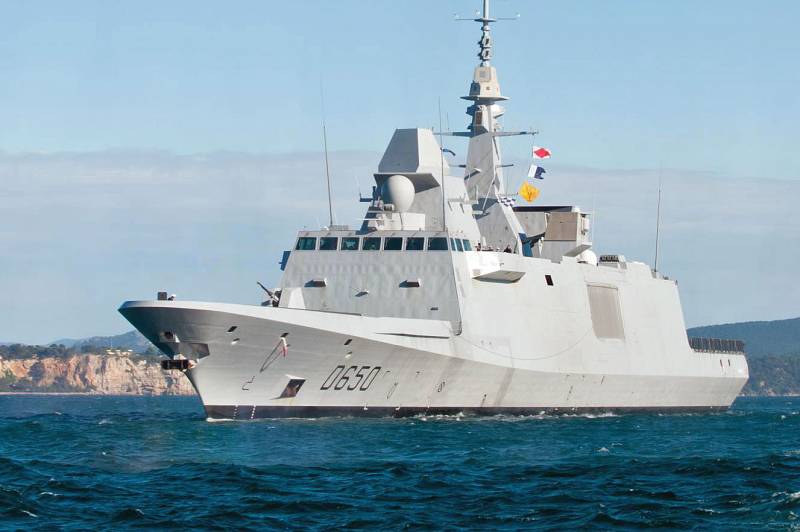 French frigates also carry Russian-made MBDA cruise missiles, already tested in Syria. Then, in 2018, as part of the “fight” against the production of chemical weapons in Syria, the French ship “Languedoc” made combat launches of MBDA cruise missiles, thereby making an application to participate in this club of lovers of force influence at long distances.

Plus here (albeit on the other side of the barricade) are included Russian carriers of “Caliber”, which hit targets in the same Syria.

It is precisely in this very company that Canada is very eager to get into with its new frigates.

Well, it looks somewhat peculiar. To begin with, Canada has no territorial disputes with anyone, problem regions and similar unpleasant things for which it is necessary to keep the strike fleet.

Canada has no aggressive neighbors. It seems not. The fact that Russia is on the other side of the Arctic Ocean is not a good argument for building 15 strike frigates. Moreover, the surface ships of the Russian fleet are also infrequent guests in those latitudes.

One thing remains – an elementary desire to increase the country’s weight on the world stage by participating in “peacekeeping” operations (such as Yugoslavia, Iraq, Syria).

That is, the “Tomahawks” from these frigates are intended initially for those countries on whose territory NATO (consider the United States) will establish its “order”. 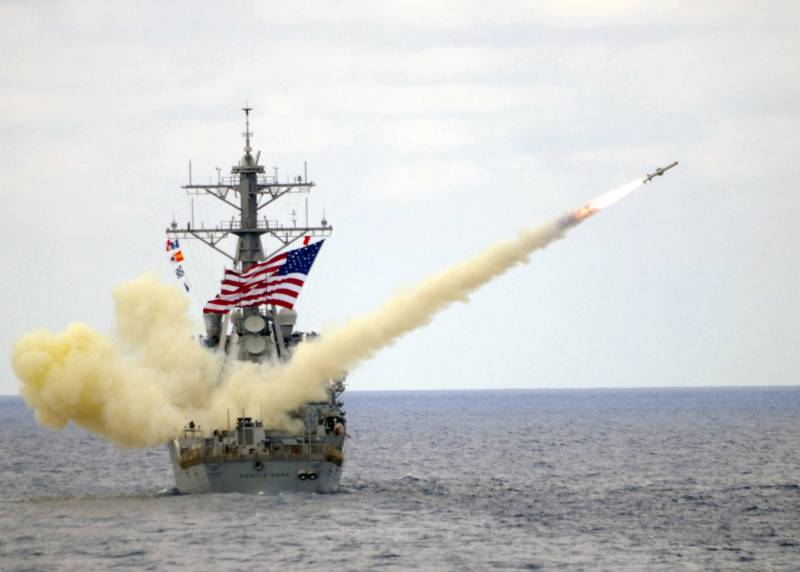 Well, you have to pay for the pleasure of participating in NATO punitive expeditions. It is difficult to say how easy it will be for the Canadian budget to build 15 ships.

Considering that the construction of one Type 26 ship for the British Royal Navy is estimated at 1 billion pounds, it seems that the Canadian government needs to find “only” 26 billion Canadian dollars to implement the plan to build these 15 frigates.

A challenge that inspires respect.